I found it in a virtual drawer

I was going through a bunch of story files, looking for a prompt to get my brain back into writing-mode after a lot of revising, editing, and generally falling off the writer-horse, and I found this fragment, that I apparently started January 19, 2017, at 22:54:

My mother was murdered and my father disposed of the body, but that didn’t help him; he was convicted of it anyway and put in prison. But now there is a fingerprint—a bloody fingerprint—on the body of a homeless man, and the cops want me to provide a sample to see if the blood might be hers. The fingerprint is.

My life is upside down. After she vanished, I always believed she was dead, though it took a while to believe she was murdered and that my father did it. But the evidence piled up over years and… you know the rest. But a now a fingerprint. Now blood. My father isn’t a killer? After most of a lifetime of believing, it’s much harder to imagine that he didn’t kill her. It’s easier to think that the selfish, manipulative, evil man who’s lived in a nine-by-six cell since I was twenty did it, than to accept that maybe he was innocent and my mother just… abandoned us. Abandoned me with him. What sort of mother does that?

There’s a further note on the fragment that indicates I was thinking of using it as a part of Gattis File, Book 2, which was never completed once the publisher decided not to go ahead with more books. This fragment isn’t in the same style or genre (SF) as the Gattis materials, so I suspect it’s something I just typed up and then tried to find a place for, later. Maybe I’ll find something else for it to do…. 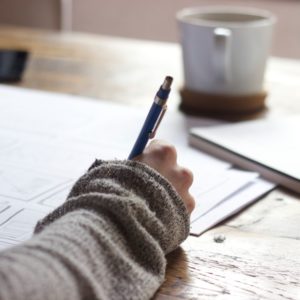 Baseball in EArly Los Angeles I’ve been doing a little reaserch into what people did for fun in the Los Angeles area during the 1920s and ’30s. And it seems that Angelinos were wild about baseball! Who knew? From the early 1900s through the 1930s, Los Angeles had as many as 5 baseball fields operating […]