Banjo, King of the Bed!

Because I thought you might need a little silliness, here is a photo of my dog, Banjo, laying claim to our bed. 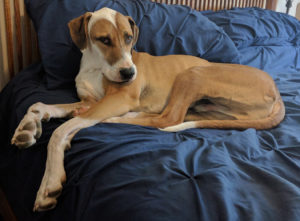 Revising may require rewriting. I know this may not be what you want to hear. And much as I loathed the man, Hemingway may have been right: the only writing is rewriting. Or revising as the case may be. Not every word has to be throw out, but not all should be saved, either. Whole chunks may end up in the virtual trash bin. That is part of the process. It’s certainly part of mine with the current project.

Rewriting is far from my favorite part of any revision. It’s hard for me to completely let go of work already done, especially when it’s a piece that has been pretty difficult to create in the first place. But it is occasionally better to replace a part than to “fix” it. Some original phrases remain, because they work and were strong enough to stick in my memory, but lots of others get flushed, even when I can remember them; they no longer fit, so they have to go, no matter how much I like them.

In the following example from the WiR (Work in Revision), the protagonist is visited by some cops. First the new verision, then the original version.

I finished sweeping up the salt, dumped it into the nearest waste basket, and rose to my feet. “Didn’t know the circus was in town.”

“Isn’t that where clowns with big, flat feet and vicious animals usually come from?”

I didn’t like my instinct for what had brought Contorini to the office today. I finished sweeping up the salt and dumped it into the nearest waste bin—it was too dirty to salvage. I pocketed the chain of dimes and rose to my feet. “Sorry to see the standards of the police detective bureau have fallen to flat feet and big mouths,” I replied. “They used to have some self-respect. Back when Captain Stuttger ran the joint.” I kind of missed the poor, dead bastard. He’d wanted me in a cell as much as Contorini, but at least he’d wanted it because he had integrity. Stuttger had known I was guilty, even if the inquest had said otherwise. Contorini just wanted to watch me suffer.

Clearly the second piece is too long, unfocused, and the style is about as steady as a chair with one short leg. While some information is no longer in the selection, the general thrust of the piece is more clear and isn’t watered down by the intrusion of descriptive backstory. The new version still requires some editing and cleaning up, but it’s got a stronger sense of the hardboiled style I’m reaching for without being over-the-top. Most of the info did make it into other paragraphs, but it was shorter, smoother, and better integrated. My total addition to the manuscript was about 40 words.

This is part of what is now Chapter 4, but was originally Chapter 3. When you consider how much was cut from the original example, you can probably guess that I was able to insert other information—even a completely new scene—without adding bulk to the word count, which is a boon for this particular book and this style. More said in fewer words (unlike my blogging.) The original draft has been reworked a lot: First chapter cut, new material added, chapter order and event chronology changed, new scenes added to connect revised story arc and character linkages…. It’s not a light revision and I’m only just starting Chapter 5.

The rest of the manuscript will be revised and tweaked or tossed and rewritten as appropriate. It’s a long process; for this manuscript revision has actually been longer than creation, which is not usually the case for me. But this is entirely new work with an eye to a new series, and that tends to be rougher in first draft than sequels and continuations of established work.

I don’t enjoy this part or writing—it’s one of those processes that can make me want to give up on the whole business, because the writing is no longer “fun,” but if it’s necessary to create a better, more readable, and more marketable manuscript, I do it.

If writing is flying with your idea, then revising is the gritty work of cleaning dirt off the plane and tuning up the engine.

I’ll be glad when I can get back to flying, but for now, I’m scrubbing and tuning.

The Problem of Silence

This has been on my mind a lot lately:

Writers of every kind have a culture of silence about contract clauses and advances. Sometimes this is exacerbated by NDAs, but a lot of it is social and corporate pressure to keep quiet, and not to complain for fear of adversely effecting relationships with publishers and PR departments, or setting precedent for the next contract. It’s one of the reasons it’s also very difficult to address misbehavior and actual malfeasance by publishers, agencies, or their employees, since most writers fear retribution or ostracism. This also holds for self-pub and indie-pub writers working directely with small presses, distributors, and vendors. We need to work on breaking down that silence, and then the rest falls into place.

I understand the purpose of NDAs in relation to patents, R&D, and some other product aspects of commercial competition, but they should not be general gags on writers discussing publisher/press/distributor/vendor boilerplate, advances, ebook clauses, royalty schedules, non-compete clauses, rights reversion, or so-called “morals” clauses, among others. If we are free to discuss such aspects of contracts without fearing we will lose our often tenuous financial security,  we help aspiring writers as well as established ones, and writing will become a less-abused, and less anxious, profession.

There is a line between discussion and whining that can be hard to negotiate, but this self-censorship serves dishonesty and potential abuse in both small and large companies more than it serves the writing community. 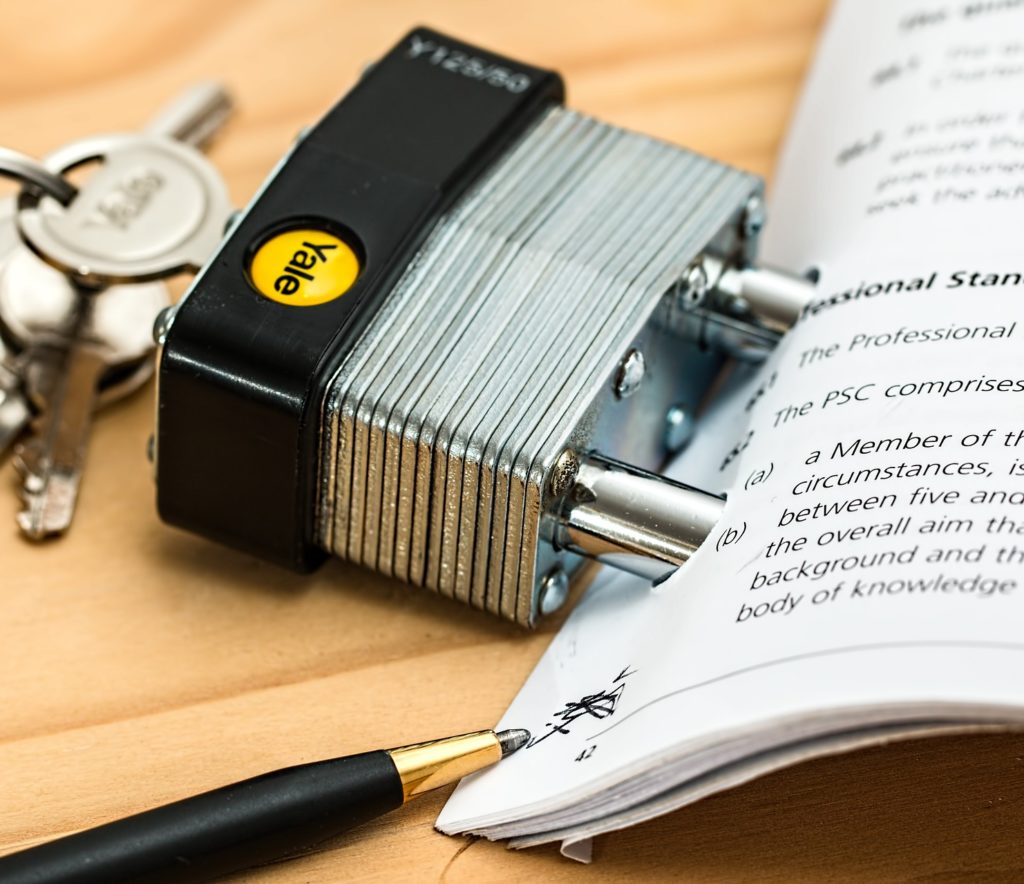 Couldn’t stand the state of the house any longer, so I decided to start cleaning it at the most-neglected area: the master bedroom. Spent 5 hours on the project, mostly because stuff was stacked on top of furniture that had to be moved before I could remove dog hair from the carpet before I could vacuum… You get the drift, I’m sure.

Anyhow, after all the picking up, moving around, raking up hair, vacuuming (and emptiing the container 3 times), I discovered I’d picked up 4 pounds of dog hair.  When we moved the bed, it looked like a black lab puppy was hiding under the headboard! (Out, out, damned Spot!)

Anyhow, it’s not perfect, but it’s done and all the furniture (Including the king-size bed) is reassembled and put back in place, the walk-in closet has been vaccumed and all the shoes and suitcases returned to their places, the vanity area has been vacummed, cleaned, disinfected, and re-stocked… I think I forgot to clean the ceiling fan, but it and anything else I missed will to have to wait: I’m really tired. Mr. Kat is probably tired, too, since he had to help me move the bed and the super-heavy low dresser with its massive mirror.

I may need wine, now.

It’s amazing what paranoia, isolation, and author-procrastination can accomplish! 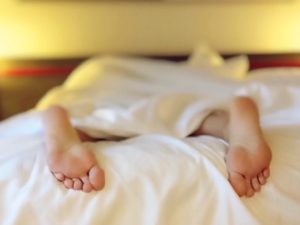