Locked Out of Your Stuff

So, there’s an article at the New York Times about Bitcoin billionaires losing access to their accounts because they’ve forgotten their passwords and the bitch of it is that the structure of Bitcoin means they can’t just reset the password, so unless they magically remember, these poor suckers are out, in some cases, billions of techno-dollars.

My first impulse is to snicker and mutter snarkily “oh, poor babies.” But on further consideration, I don’t like that response. Here are people who took a risk and invested in a start-up technology, just as anyone who invests takes a risk, This tech worked and it turned a ridiculous profit. At least for now. You wouldn’t laugh at the misfortune of someone who lost their wallet, or lost money investing in, say, the Rocket e-Book. Taking public pleasure in the misfortune of these guys isn’t really any different—yeah, they are great targets when a lot of us are struggling to keep a roof over our heads, but taking the piss smacks of juvenile jealousy and gloating. It’s beyond Schadenfreude.

You’re probably rolling your eyes at me and muttering “Oh come on, Kat…” But I’m serious. This is a lousy attitude and one I don’t want to feed in myself.

Why? Because the root of their problem is something very ordinary, very human: the difficulty of remembering a complicated string of letters, numbers, and symbols that are otherwise meaningless. Here are a handful of people who might be ridiculously rich—and some already are, but some aren’t—if they could only remember their password, and we’ve all been in the position of forgetting a password. Some people even lose access to important things because of it. You know: that email address that linked to your old website or Facebook page, your old phone’s backup directory, or that guest account on the old laptop… It happens all the time. It’s happened to me, and it’s happened to you. Don’t pretend it hasn’t.

And don’t pretend your urge to sneer isn’t at least partially motivated by old-fashioned jealousy that you don’t have that kind of dough to lose. I know mine is.

But to gloat and make public mock of these poor schmoes is hypocritical, and after the year we’ve had, this sort of snark is just petty.

Let he/she/they who are without password-forgetfulness cast the first stone.

Me, I’m thinking of writing a book, instead. See, there’s this guy and he can’t remember… 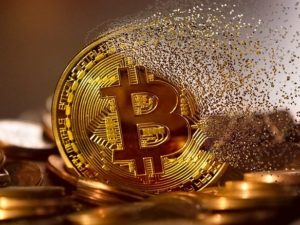