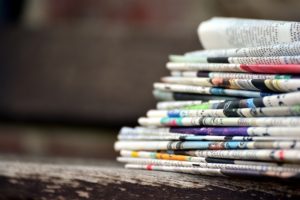 Richardson successfully grafts SF tropes onto a noir framework in this fresh and convincing futuristic thriller…. the storytelling is outstanding. — Publishers Weekly

Richardson has written a diabolically delicious twisty murder mystery set on a faraway planet against a backdrop of corporate greed, racial tensions, corrupt law enforcement, and secrets that refuse to stay buried. This is Criminal Minds meets Sherlock Holmes in space, and you’re going to want to drop everything you’re doing and grab a copy now. — Diana Pharoah Francis, Author of the Diamond City Magic Series

A smooth blend of science fiction and police procedural…. [A setting] filled with potential, both narratively and thematically: an exotic planet fueled by corporate greed and the oppression of its native races. — Kirkus Reviews

A clever, twisting, and savage science fiction crime story that fuses colonization fiction with genuine deep noir. The end result is original, culturally rich, and as ruthless as a novel about murder, secrets, and lies should be. — Warren Ellis, New York Times Bestselling Author

Using a brisk pace and an engaging and exciting narrative, Richardson establishes a world full of intrigue, injustice, violence, and mystery that will no doubt be built upon in further entries in the series. Blood Orbit is recommended for those looking for an effective blend of gritty space opera and police procedural or just for a fun, page-turning read. — Booklist

At turns both cyber-bright and grim as old noir, Blood Orbit is a clever procedural with a killer cast of cops and robbers, on an alien world that’s somehow very, very close to home. — Cherie M. Priest, Multiple Award Winning Authior

Mystery and Science Fiction and Fantasy fit well together. K. R. Richardson introduces us to the corporate owned and very corrupt planet of Gattis…. I hope this wins some awards. — Henry Leon Lazarus, Philadelphia Free Press

[P]lot twists carry the reader into new territory no matter how familiar one might be with classic crime noir stories. Blood Orbit is an intelligent page-turner. — The Oklahoman

An intense tale of future crimes and the detectives we’ll need to solve them, deftly set in world as alien as it is familiar. — Jason M. Hough, New York Times Besteselling Author

Well-produced, pleasingly peopled, with a strong narrative and plenty of provocative plot lines: a superb beginning to the series that’s unquestionably in the offing.–Kirkus (starred review).

This spooky, occasionally terrifying, and sometimes funny book plays like a mash-up of Jim Butcher’s Dresden Files and the Kinsey Millhone mysteries by Sue Grafton. …Offers the welcome prospect of a whole series of sequels. — Robin D. Fish Jr. A Fort Made of Books.

Greywalker is a non-stop action book with an intriguing premise, a great heroine, and enough paranormal complications to keep you on the edge of your seat. Richardson’s characters are multi-dimensional and engaging, and I enjoyed this book all the way through.–Charlaine Harris

Richardson’s first novel features a genuinely likable and independent heroine with a unique view of reality. Following in the tradition of Tanya Huff and Jim Butcher, this is a strong addition to the growing body of urban fantasy mysteries.–Library Journal

This book kicks ass! A perfect blend of hard-boiled P.I. and supernatural thriller. It’ll grab you from the first page and won’t let you go until the last.–Jennifer Jordan, Crimespree Magazine.

Clever ghost-busting follow-up to her solid urban fantasy debut… Richardson’s view of the paranormal has a nice technological twist and features intriguing historical notes that lift this whodunit a cut above the average supernatural thriller.–Publishers Weekly

Whatever you choose to call it, let’s hope Harper Blaine returns for many more equally exciting exploits.–Don D’Ammassa, Critical Mass

An intriguing mystery and a resourceful sleuth who grows stronger in her knowledge of her transformed self.– Library Journal

Harper’s charmingly stubborn, the liminal world of the grey is fascinating, and some of the peripheral characters are intriguing in their own right, adding up to make this one of the most interesting in the latest crop of supernatural mystery series.–Locus

A sharp, sinister urban fantasy that blends storytelling and real Seattle history. Thoughtful, painstakingly researched, and engaging, this series is perfect for fantasy/horror fans looking for something more than a spine-tingling cheap thrill.–Wordcandy

Harper is one hard-boiled heroine and detective. Fans of C.E. Murphy, Patricia Briggs, and Charlaine Harris will devour this series–YetAnotherBookReview.com

A fast paced, edge of your seat fantasy adventure with many surprises and some new wrinkles in this fast growing sub-genre. If you get a kick out of things that go bump into the night, this book is just your ticket. Get it punched now.–Ron Fortier Pulp Fiction Reviews

The best single novel in this category I’ve read so far this year.–Don D’Ammassa, Critical Mass

…Fierce… a spirited smack-down with old foes. Richardson continues to develop strong, intriguing plots, and fans will enjoy learning about Harper’s childhood and seeing some of her literal ghosts put to rest.–Publishers Weekly

Better and better with each book and I simply cannot stop reading till it’s done.–Jon Jordan, Crimespree Magazine

Richardson’s descriptions of London with its ghostly layers of “grey” builds a tremendous platform for the eerie action. Harper is in a world of trouble! (Four stars)–RT Book Reviews

“Richardson pulls out all the stops making this novel a fast-paced and terrifying ride. Richardson’s ability to spin a complex and riveting story is undeniable and the proof is on the page. Kudos!”(4.5 stars)—Romantic Times Book Reviews

“Harper is one hell of a protagonist.”—Crimespree Magazine

“Reading a Greywalker novel is the pinnacle of literary escapism for me. It’s full immersion from the very first words. Downpour begins in typical Richardson style – a brilliant hook and a subtle reference to Chandler all in the first few sentences.”–Paul Goat Allen, Barnes and Noble Explorations SF/F Blog

“Original and unique. …Puts a new spin on the entire private investigator angle, and is utterly fascinating.”–The Ranting Dragon

“One of the best examples of true urban fantasy.”–Night Owl Paranormal

Kat Richardson takes lovers of the paranormal by storm in this wickedly suspenseful tale. Even readers without a passion for the supernatural will appreciate this page-turner mystery. — Fresh Fiction Review

A great adventure. — The Steel Bookshelf

Distinctively well–fleshed-out characters and an absorbing, logically constructed plot lift this one, and the series, above the supernatural average. — Kirkus Reviews

“Possession” has it all: crisp writing, engaging storylines, and a champion and cast of characters you can root for. Always recommended.—Shannon Raab, Suspense Magazine

Kept me flipping the pages at a maddening pace…. Fans of mystery and urban fantasy with flesh(ed)-out, kick-ass characters will enjoy Possession and the Greywalker series. This author/series is an auto-buy for me and once again I find myself drooling for the next installment.—Caffeinated Book Reviewer

This urban fantasy series is always one I look forward to reading. The worldbuilding is richly creative. And the mysteries are fun and thrilling. This latest installment was impossible to put down with a memorable plot. — SciFi Chick

“If you enjoy the mix of mystery and fantasy you can’t miss this series!” – King’s River Life

“With plenty of suspense, intrigue, adventure and drama – there is plenty of surprise along the way. This was an impressive and satisfying conclusion to a terrific series” — SciFi Chick.com

“There’s twists and turns and surprising revelations aplenty to keep the fans of the series reading into the wee hours of the night.” – SFRevu

“You will love this book.” –  The Reading Cafe